Where is the copyright maximalist dystopian sci-fi?

Have copyright maximalists ever written dystopian science-fiction about a future where free culture wins? 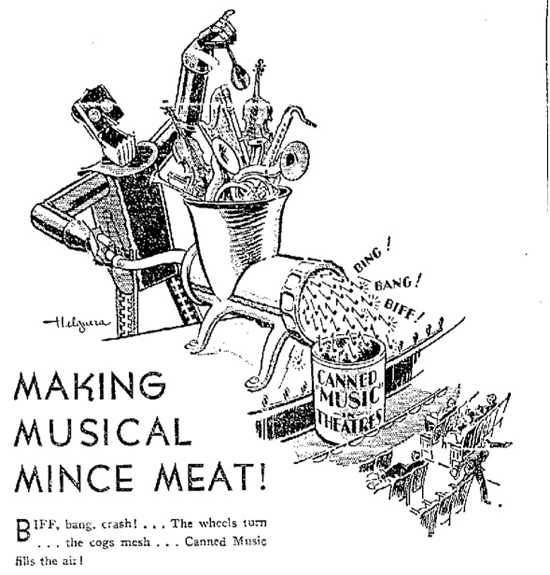 After all, there’s plenty of science-fiction in the copyfight. Whole subgenres of utopian stories assume a post-scarcity world facilitated by tech like super-advanced 3D printing and unhindered by law. Similarly, there are plenty of stories that describe a dystopian future where information is locked down by ever more oppressive “intellectual property” laws.

(Some very short stories to give the flavor: “Nanolaw with Daughter” by Paul Ford is a great one that imagines lawsuits proliferating unendingly; “Printcrime,” among many others by Cory Doctorow, looks at one future of 3D printing; and the Future of Copyright anthologies, now collected twice by the Modern Poland Foundation, has always gotten some dystopian future contributions. After I posted this, I got several reminders about “Melancholy Elephants” by Spider Robinson, which is an all-time classic.)

But where’s the dystopian future imagined by the other side? Of course, I’m inclined to believe that it doesn’t exist because, despite all the doom and gloom pitched by the legacy content industries, people realize that copyright (et al.) are not playing that important a role holding society together. I think that’s supported by the few efforts that have been made.

Take for example this, uh, piece of counterfactual storytelling in the New York Times by Authors Guild president Scott Turow, imagining if Shakespeare had to contend with the web. The premise unravels around the time you realize that Shakespeare would have been just as confused by the concept of “copyright,” seeing as he predated it by about 200 years (and managed to write a few plays anyway!).

Is that it? Is the reason we don’t have dystopian sci-fi about free culture winning is because it would have to acknowledge that you can get Shakespeare and Bach and Mozart and Michelangelo, but nothing really good?

One example I found that nearly fit the bill is a robot-themed series of ads placed by the Music Defense League, a subset of the American Federation of Musicians, attacking the use of recorded music in movie theaters. It’s not strictly about copyright, but it imagined a death of human creativity and virtuosity at the hands of recording and performance technology, which is maybe close enough. The one at the top is my favorite in the series, but all the ones picked out by Smithsonian Magazine are remarkable.

John Philip Sousa’s famous 1906 testimony to the US House of Representatives, railing on recorded music, brushes up against sci-fi. There’s the portion Lessig quotes in Free Culture and in his TED talk:

In front of every house in the summer evenings you would find young people together singing the songs of the day or the old songs. Today you hear these infernal machines going night and day. We will not have a vocal chord left. The vocal chords will be eliminated by a process of evolution as was the tail of man when he came from the ape The vocal chords will go because no one will have a chance to sing, the phonograph supplying a mechanical imitation of the voice, accompaniment, and effort.

But again, this is not really a copyright argument at all, just one generally against technology.

Does anything more recent and on point exist? If so, I’d be interested to read it. If it doesn’t, I hope somebody some day fills the niche. As much as it’d break my heart, Ursula K. LeGuin—who has expressed strong feelings about copyright—could probably do a bang-up job of it. It’s hard to imagine I’d find the arguments in it very compelling, but I’d love to give it a shot.