It probably goes without saying that I am a strong supporter of Techdirt’s call for Elon Musk to release space photos taken by SpaceX into the public domain. It would continue a tradition of unrestricted space photos that began with NASA’s images—necessarily public domain, coming from a U.S. government agency—but which is jeopardized when space photographs come from private companies. 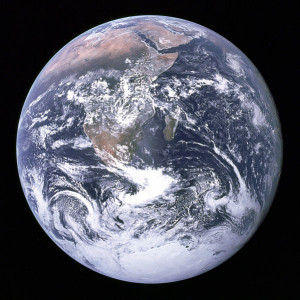 This is an issue I’ve been vocal about before, and with other contract photographers that NASA uses. (Like for example: it strikes me as just impossibly sad that none of the photos of the retiring shuttle being flown over the US—take this beautiful shot over D.C., to pick just one—likely won’t be in the public domain for another century.)

A robust and well-documented space program is a major boon for motivating young people to study science. Images from space have formed the basis of major social movements, and been the target of activism campaigns.

And just generally, it’s an incredibly valuable thing that U.S. government works go straight to the public domain. Lots of other countries don’t have that, despite the common-sense logic behind it: we, the taxpayers, already paid for the work, which requires no additional incentive to be produced. To see that value get chipped away by private deals would be tragic.

All this is to say, society has gotten so much out of media from space being free for all to share, and that shouldn’t end as private companies get access. Please, Elon Musk, commit to releasing photography from SpaceX into the public domain. The future will thank you.