Three years ago, in the wake of the SOPA blackouts, the RIAA chairman and CEO Cary Sherman penned a strange sour grapes op-ed in the New York Times. He claimed that the overwhelmingly popular position against the proposal was based on lies, that “neutral” sites like Google and Wikipedia were violating their integrity by taking a stance at all, and most tellingly, that “misinformation may be a dirty trick, but it works.”

In any case, there’s now a single-serving site dedicated to preserving that message. Take it from the RIAA: misinformation.works. 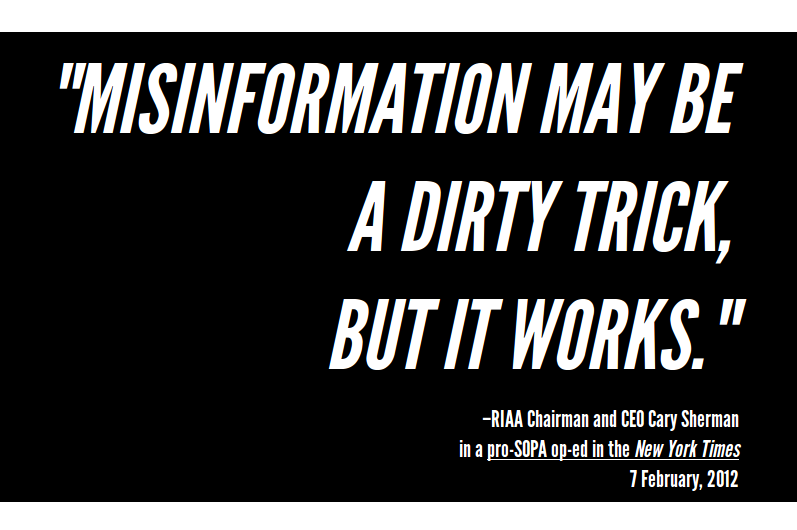