Who says online users are a bunch of anti-social geeks? 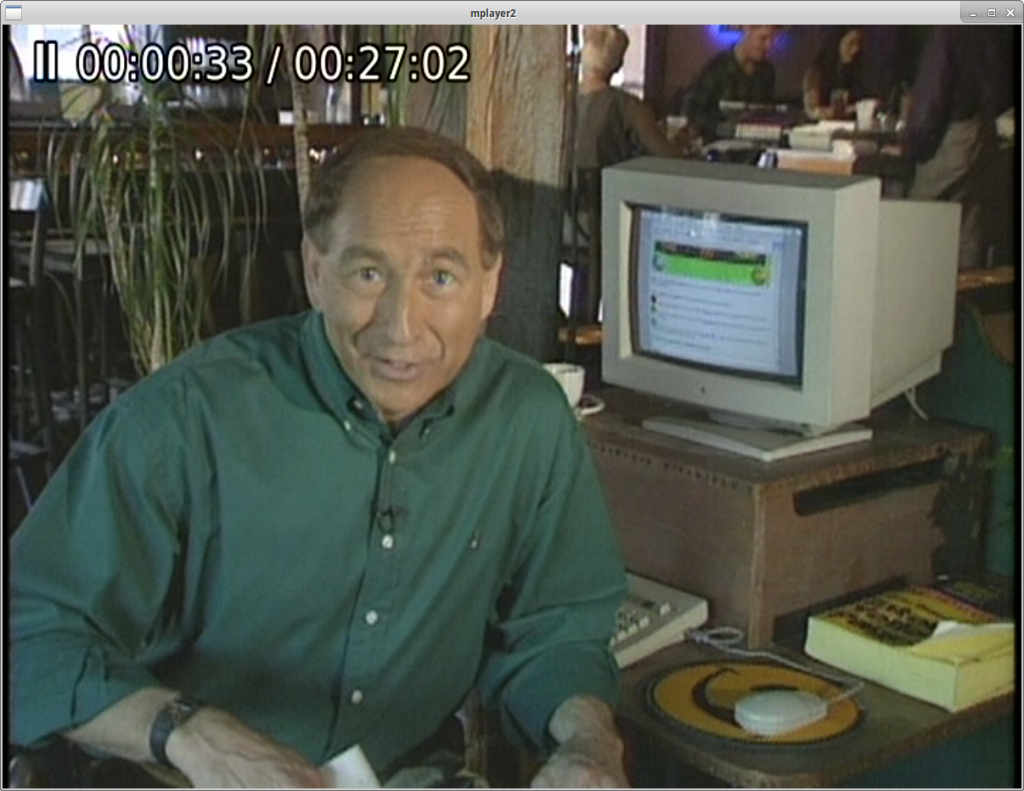 That’s the Icon Byte Bar in San Francisco, one of the first six or eight “electronic cafes” to open in the mid 1990s, according to rec.food.drink.coffee. And this is another episode of the PBS program Computer Chronicles, where today we’re talking about the Internet. 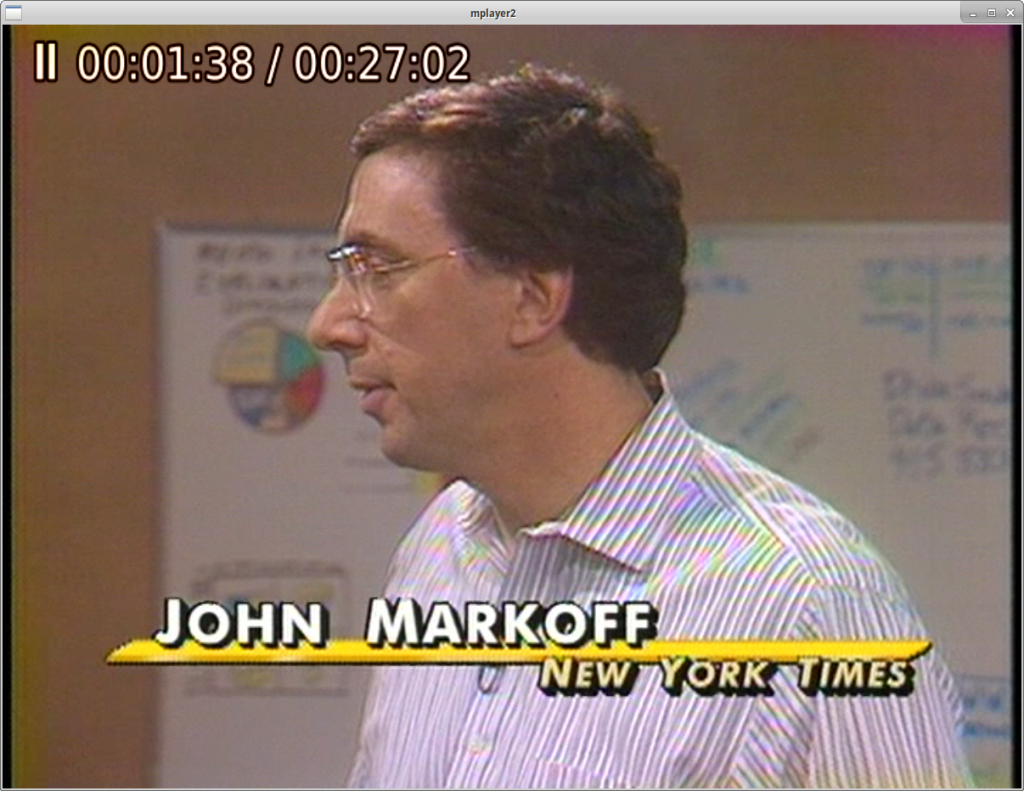 First off, John Markoff explains how “electronic mail” works, and lands some sweet brags in the process. Like, for example, here’s an email he just got from Steve Jobs. And oh yeah, when you’re in his position, you might need some fancy filtering tools, what with getting hundreds or even thousands of electronic mails a day. 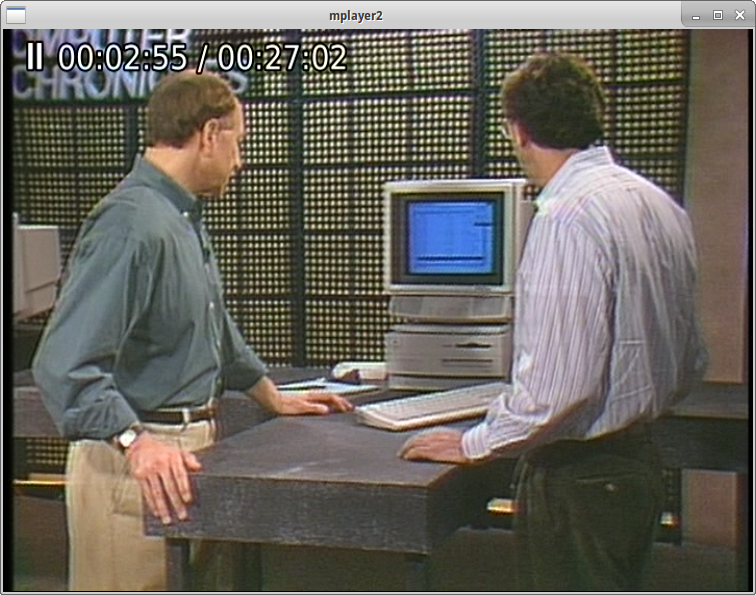 Next we get a look at AnArchie, and a tool for browsing USENET. Also a discussion on security. “I’d be careful putting my password on the ‘Net, I’d pick a password that’s a safe password, and I wouldn’t put my credit card up until there’s security software that will protect the credit card.” 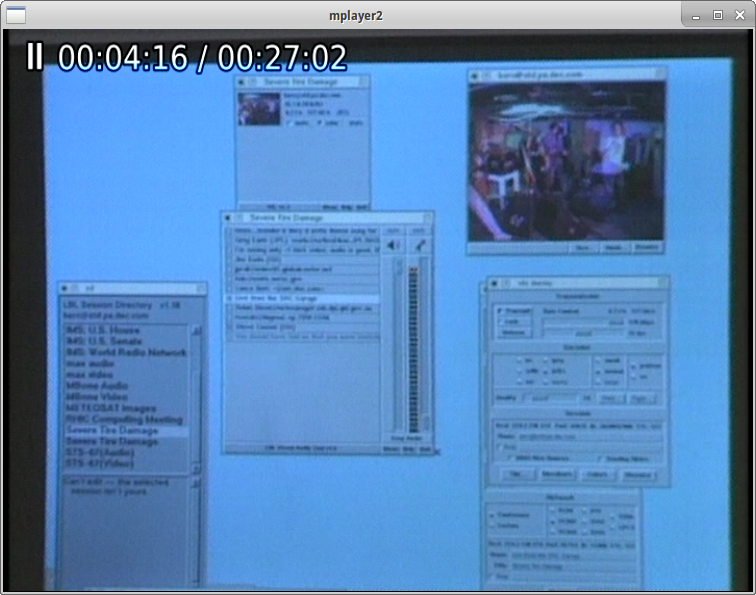 Next we talk to Severe Tire Damage, a group of weekend musicians with day jobs at Xerox, Apple, and Digital Equipment, who “upstaged the Rolling Stones by transmitting their own performance over the Internet” in November 1994. 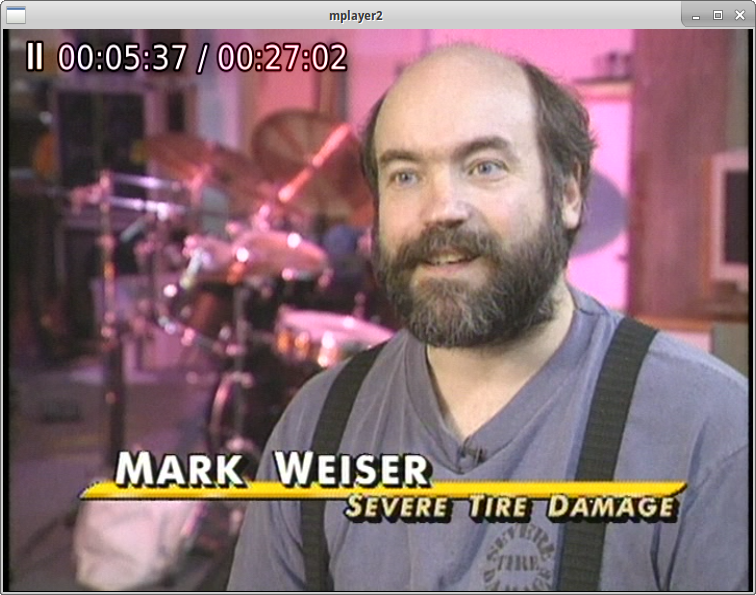 “I think what we did was a kind of piracy, like in the early days of people flying airplanes, where you land in some farmer’s field ‘cos you had no place else to go, and it was okay because there weren’t very many airplanes around. There aren’t very many people now who can use the Internet in this way. And so anything goes for now, ‘cos we’re still explorers exploring brand new space and there’s very very few of us.” 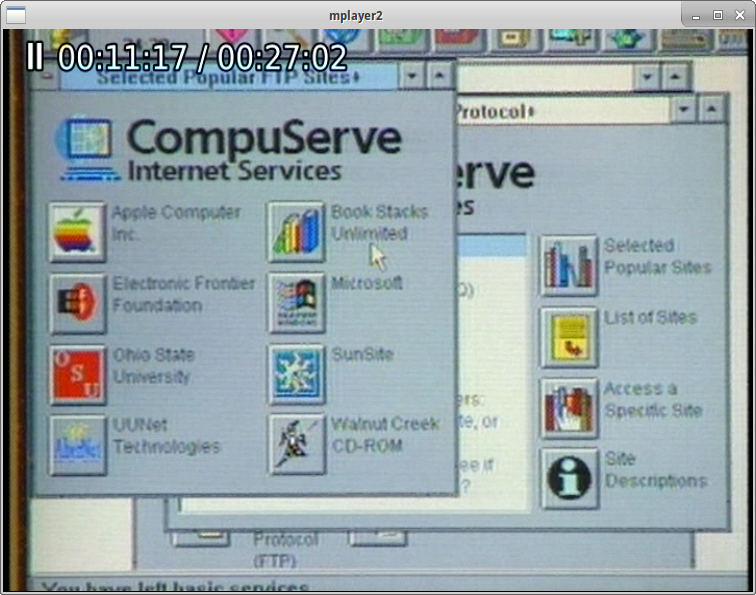 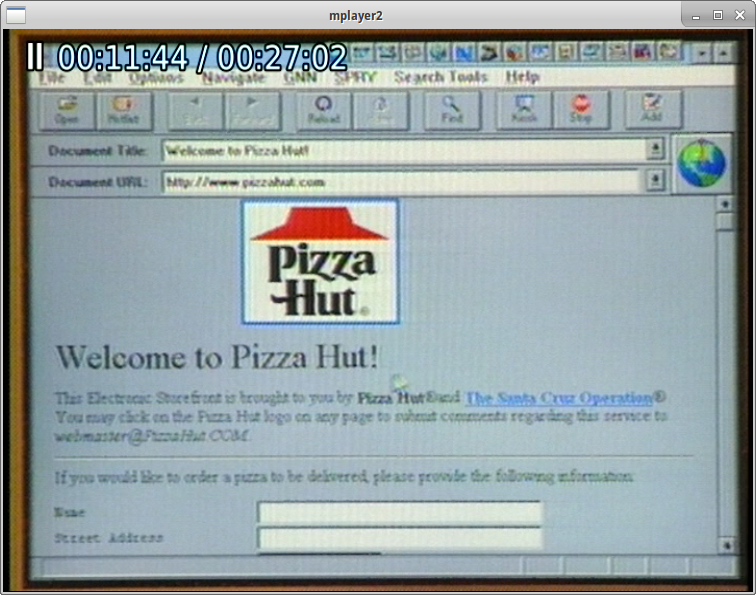 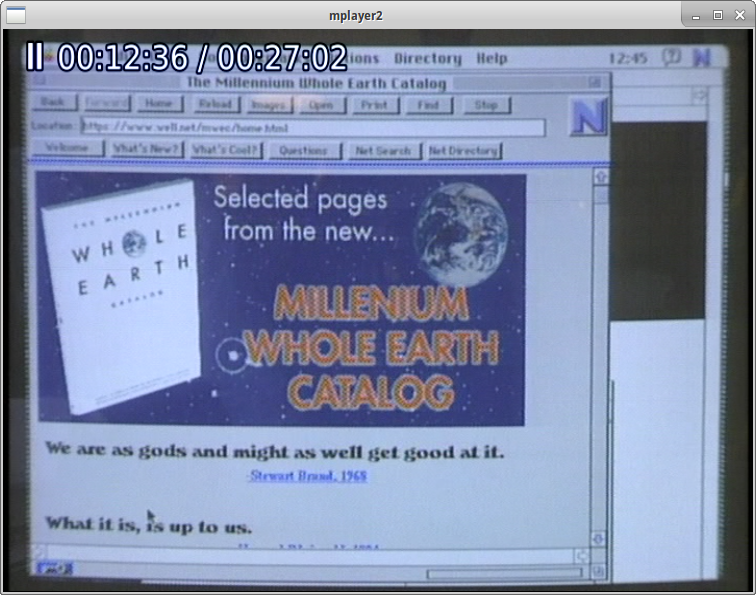 Next we get a tour of the Whole Earth Catalog’s business operations on the ‘Net. “We are as gods and might as well get good at it,” Stewart Brand reminds us. “To offer those electronic transactions, the Catalog’s web service provider had to supply a new level of security using data encryption.” The WELL’s Mark Graham explains: “What we’re seeing now is the integration of this encryption technology with the software people use to access the networks.” 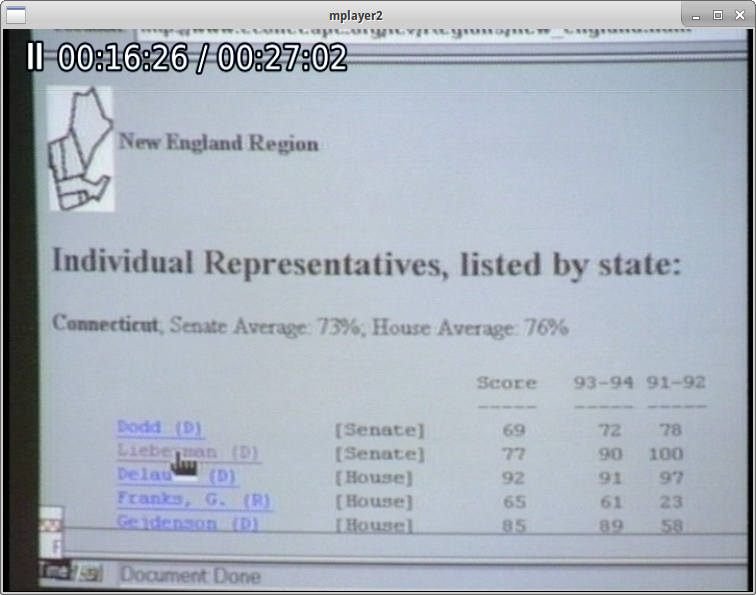 Up next: activism online! Congressional scorecards for environmental policy. Wonder if we’ll ever hear from that Dodd fellow again. 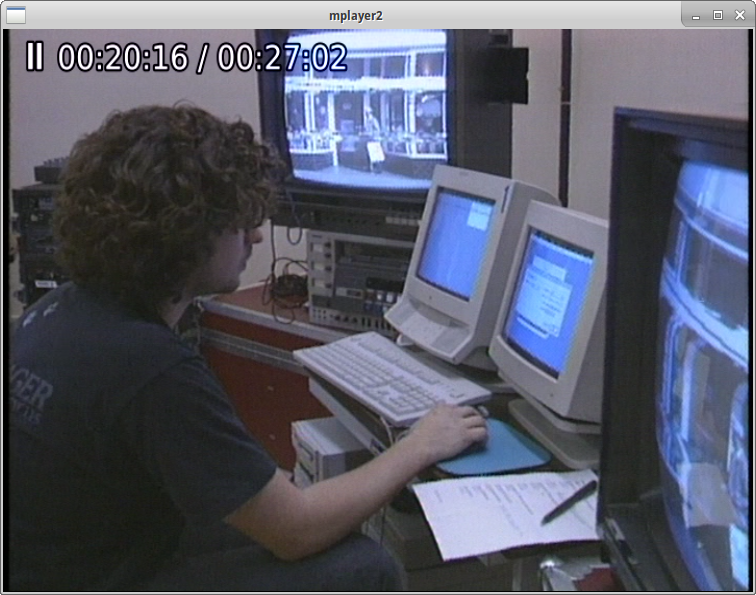 But what if you want to make your own site? Good news: the San Francisco Digital Media Center offers classes for anybody who wants to tell their story online. “In our classes, we’re discussing what the aesthetics of interactivity are. … There is a very complex artistic question to be solved by the people working in this field, and all of it is so new.” 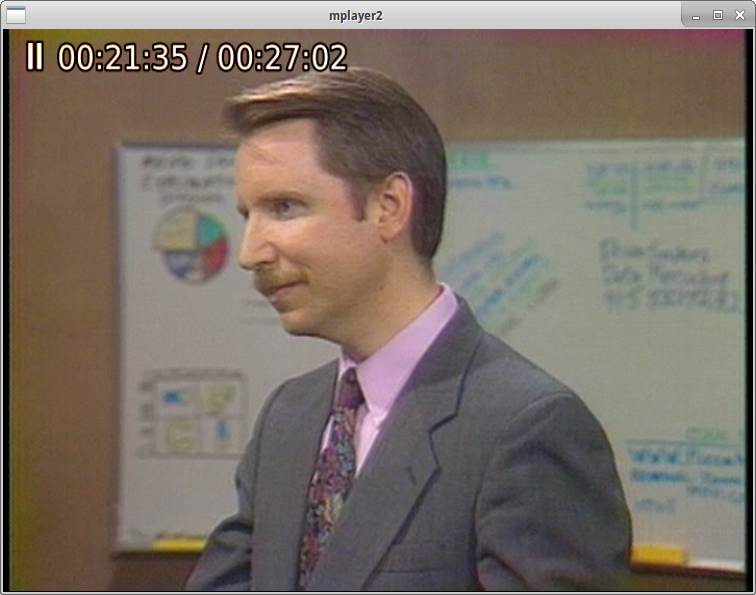 For those of you outside of San Francisco, this man will teach you how to use HoTMetaL. 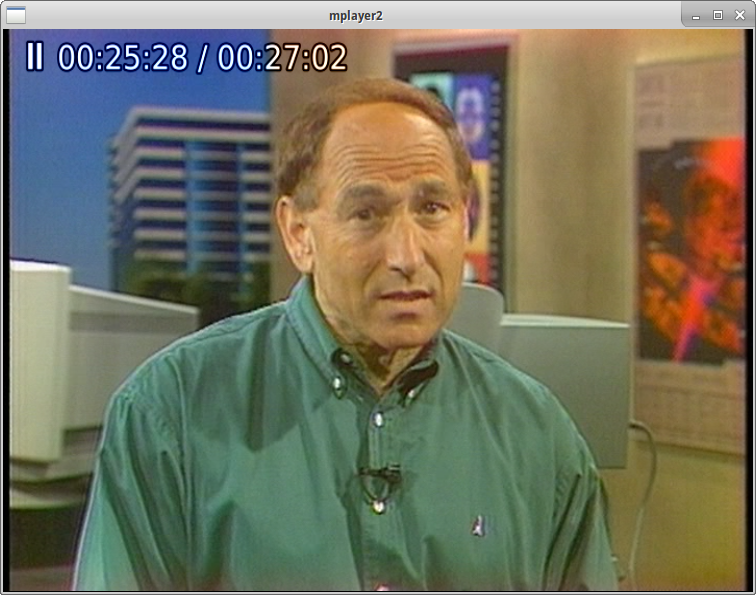 “Alright, that’s our look at the Internet—in fact, just a glance at the tip of the cyberspace iceberg.” Thanks, Stewart Cheifet! 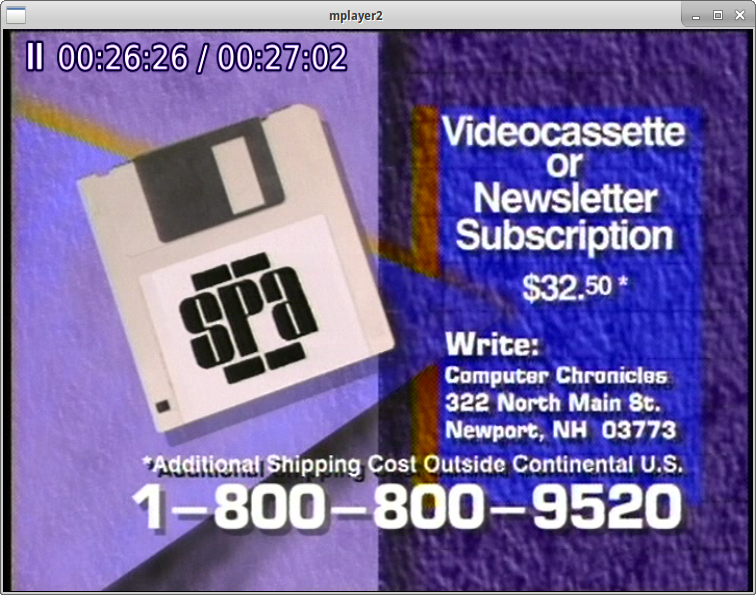