Even though The Martian was only officially released last year, I felt like it sat in my to-read pile for way too long before I finally got to it this week. And while I really enjoyed the book, I was disappointed by the lonely protagonist’s occasional sexist comments, which were unnecessary, a little cheap, and (one hopes) out of place in an era where humans are making repeat visits to Mars. 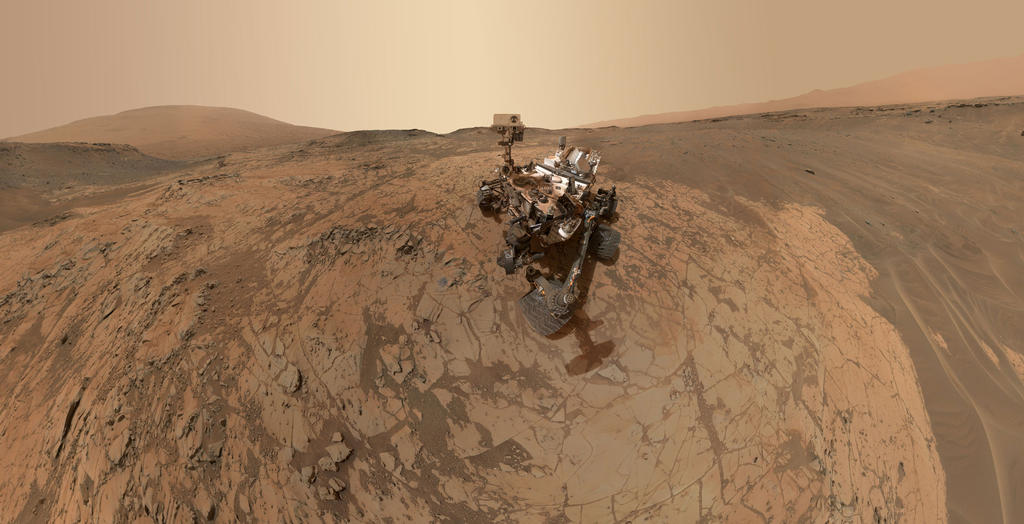 Note: This post is mostly spoiler-free, unless you have no idea what the book is about at all and want to preserve that complete innocence. Basically, everything in here is the background you’d get in the one sentence synopsis: Mark Watney gets left for dead on Mars and he and NASA spend the book trying to figure out how to get him back.

What sorts of comments caught my attention? Among others: at one point he disparages a committee conducting an investigation by telling another NASA employee that “each and every one of their mothers is a prostitute.” He refers to his mission’s chief computer scientist as “a hot chick who went to Mars.” Perhaps worst, he uses the word “rape” to describe intrusive modifications he had to make to a spacecraft.

That sucks. It sucks because it’s a distraction from the gripping story, because it makes Watney seem like more of an insensitive oaf than a likable smart-ass, and because it suggests a cynicism about science work remaining uninviting.

But mostly, it sucks because The Martian is an engaging story of space exploration that could spark a desire in young people to pursue interests in STEM. Unfortunately, these offhand remarks also sends the message that half of those young readers will be less welcome if they do so.

And for a novel so widely praised for its ingenuity and attention to detail, it seems like a weird example of lazy character development. An interview response from author Andy Weir doesn’t do much to assuage that concern:

It was a really easy book to write; I just had him say what I would say.

When The Martian was self-published in 2011—and even when it was released by a publisher in early 2014—these concerns may have been off people’s radar. A lot of that changed in late 2014, when the excellent Rose Eveleth ((Did you read her article on futurism’s lack of women? Go do that, I’ll wait.)) started a global conversation about women in STEM when she called out the inappropriate sexist shirt one scientist wore to celebrate landing a spacecraft on a comet.

Matt Taylor’s shirt wasn’t intended to send any larger message, just as Mark Watney’s comments are surely “just a joke.” And it’s true, that scientist’s shirt doesn’t define him any more than a few lines of dialogue define a character over the course of 370 pages. But in both cases, it projects an air of hostility and unwelcomeness to women in a field that has historically excluded them.

I hope this is an arena where we’re making progress. I hope the issues that Eveleth highlighted are getting better—and I hope they’re getting better fast enough that the real 17th person on Mars doesn’t think in sexist terms about his colleagues and crew. In that optimistic worldview, Watney’s comments feel weirdly anachronistic.

But there’s also a degree of self-fulfilling prophecy, and this kind of dialogue from a generally likable character doesn’t help the cause. With The Martian as a best-seller, and its movie adaptation coming out later this year, it is one of the most prominent public representations of space exploration out there right now. It’s disappointing that, despite placing women in powerful mission roles, it perpetuates stereotypes of misogyny and sexism in space.