This week I went to the SFMOMA for the first time. It’s great! I spent hours there and felt like I had to rush to see even a fraction of the collection. One of the pieces that really struck me was Gerhard Richter’s massive 1974 painting “256 Colors” (or “256 Farben” in his original German). I took a picture of it there: 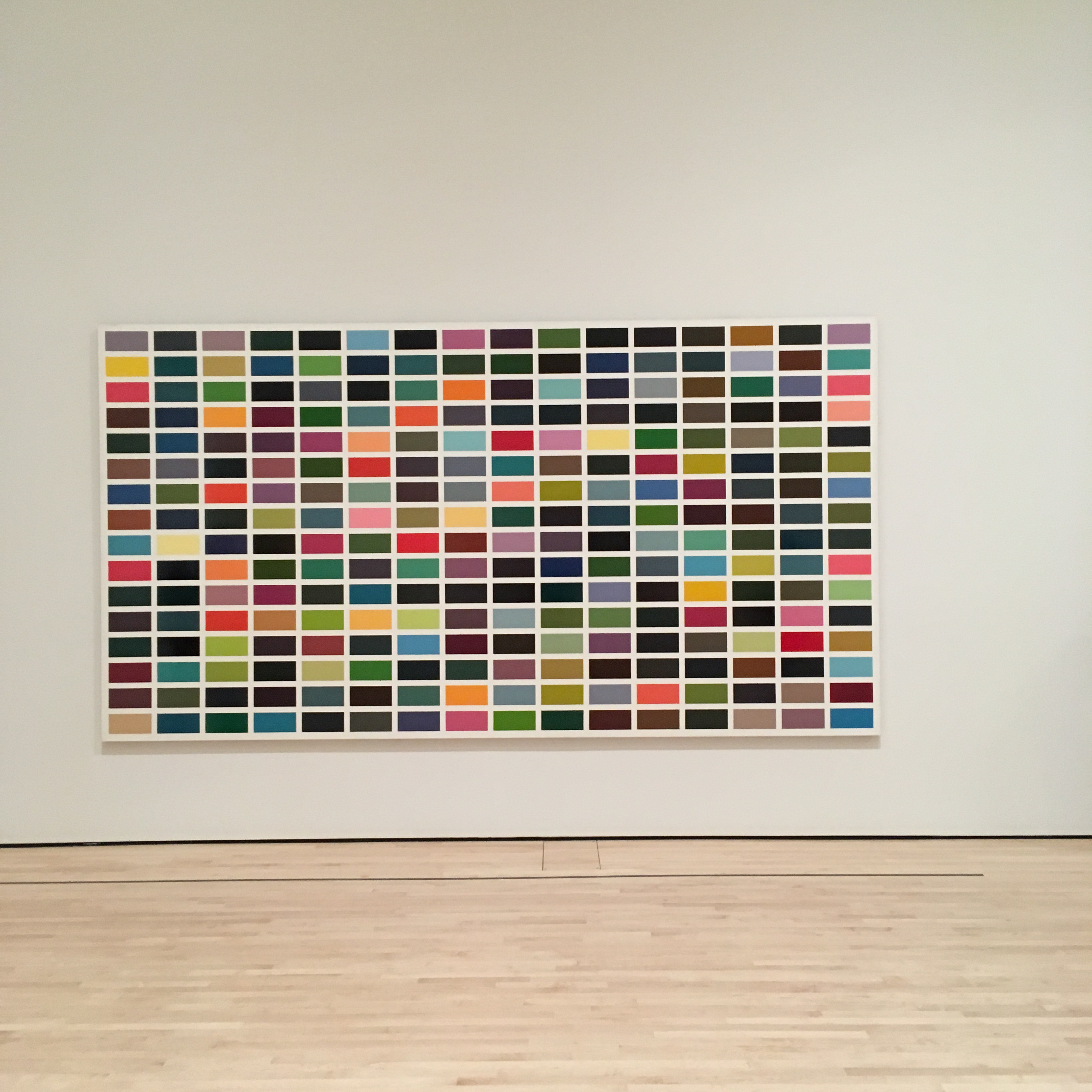 He made a few “256 Colors” and a bunch of other color charts, some of which are more explicitly generative—that is, where the colors and their arrangement are left to chance.

Anyway, that sounded like fun, so I’ve put together a small script that creates paintings that look a bit like “256 Colors.” Here’s one that it made: 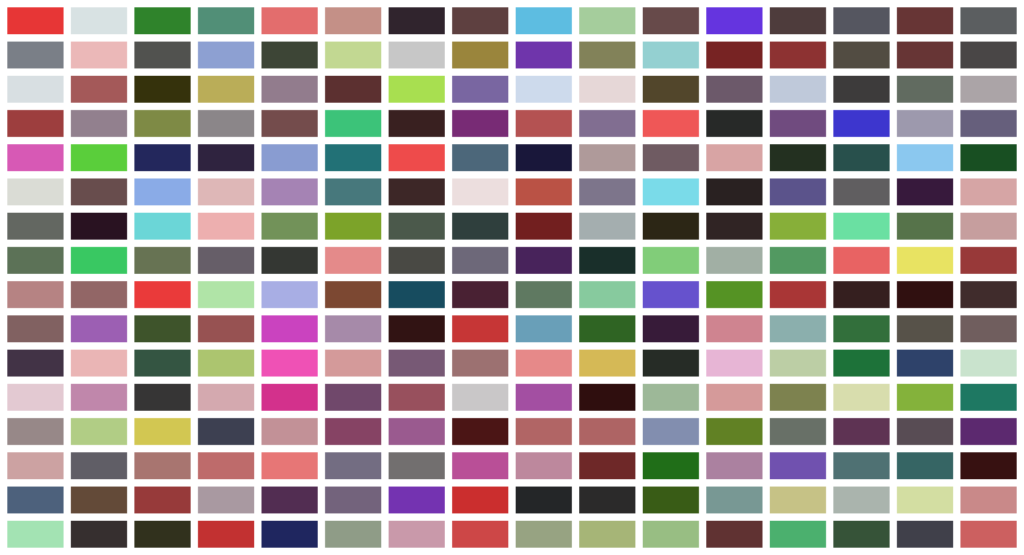 And naturally, I’ve made a Twitter bot that posts them twice a day: @256farben. Follow along for two daily reminders of the beauty of randomness.