Building on the previous cyber-supercut, here’s a new video that incorporates all the cybers from all of the general election debates, both Presidential and Vice-Presidential, set to music from Mr. Robot.

By popular demand: here's the presidential and VP candidates saying "cyber" with Mr Robot music in the background pic.twitter.com/wL3XbAp4HG

Many obituary headlines follow a standard formula: “Firstname Lastname, Who You Know From That One Thing, Dies at Age.” It’s a tendency I’ve counted on before when extracting names from obituaries for FOIA The Dead, but tonight it also got me thinking about the “who phrase”: the relative clause that condenses a lifetime of context into a handful of words.

I decided to pull out the “who phrases” from about 1000 headlines over the past year, and using pronouncing, arrange them to rhyme (if not yet to meter). It’s poetry.

who made the dallas cowboys cheerleaders a global brand,
who built and ruled world soccer with firm hand,
whose radio show twanged for decades,
who fought racial barriers in building trades,
who delivered in the clutch,
who wrote adolescent novels with a personal touch,
whose b-1 bomber recast the cold war,
who fictionalized medicine’s absurdity and gore,
who promoted n.w.a. and gangsta rap,
who bridged racial gap,
who chronicled his cancer fight,
who set ‘the wicker man’ cult alight,
who embraced gonzo journalism,
who lost his prime to racism,
who led sicilian mafia clan,
who took aim at iran,
who shaped venture capitalism,
who shifted to optimism,
who wrote of colonialism and racism,
who preached pacifism,
who won a round-the-world race,
who quit in pentagon papers case,
who wrote of madness and isolation,
who helped turn wlir into a radio destination,
who helped pave way for head start,
who elevated blown glass to fine art,
whose furniture evoked sensuality,
who examined puerto rican identity,
who saw literary criticism as art,
who gave the rolling stones their start,
whose bleak fiction won the booker prize,
who shaped foreign ties,
who put the @ sign in email,
who shaped geometries on a bold scale.

The first debate between Clinton and Trump featured the word “cyber” 11 times. With any luck, the next one will have even more. Here they all are:

Every mention of "cyber" in the presidential debate pic.twitter.com/V2yxVfJpdE

I edited this together with Openshot, which was a surprisingly tolerable experience.

In an effort to explain trigger warnings and safe spaces to people who clearly don’t understand them—like the University of Chicago’s dean of students—a few folks have compared them to the movie ratings and trailer cards that list potentially offensive material. It’s a useful analogy, but not likely to be much comfort for people concerned about trigger warnings.

In the US, the movie and trailer ratings system is operated by the Motion Picture Association of America, a trade organization. The actual process by which they set and deliver those ratings has long been somewhat secretive, but the documentary “This Film Is Not Yet Rated” does an impressive job of uncovering and exploring those facts. Unfortunately, it’s not just a benign means of presenting more information so that viewers can be better informed.

The documentary shows filmmakers describing instances where the movie raters appear to be biased against non-heternormative sexual content, and against women’s sexuality. Independent filmmakers, too, report that they get less detailed notes about why their films were rated a certain way.

If these ratings were just used for informing viewers, that might be alright; viewers could learn about the MPAA’s bias and discount certain ratings accordingly. But there’s a cascading effect: theaters refuse to show movies with certain ratings, or refuse entry to people below a certain age. (Sometimes, admirably, they buck that trend.) The same is true for other media—music and video game retailers make stocking and selling decisions based on these ratings from industry groups.

Good instructors should have empathy for their students, and that includes giving a fair warning when upsetting (or triggering) material is likely to be discussed. Some people worry that such a suggestion will be mandated, or that those warnings will lead to relevant but controversial content being avoided or even banned from the classroom. It’s absolutely possible to have the former without the latter, but movie ratings are not a great example of that in practice.

I’m trying to take more pictures with my mirrorless camera, especially when I travel or walk around the city. I’ve always been a big fan of Unsplash, which curates high-res user-submitted photography and releases “packs” of images completely free to the public domain. So for now, I’ll be releasing some of my favorite shots to the public domain and hosting them there. 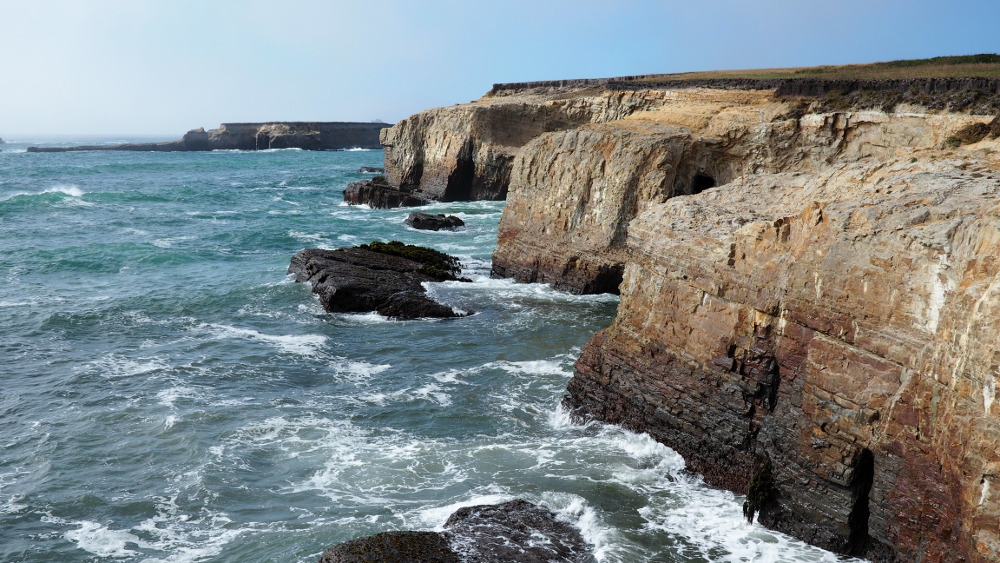